Although, these figures are historical (not released regularly), it is easy to see that Plan Sponsors should be encouraging plan members to be wise consumers and to look at the cost that pharmacist are charging for professional drug dispensing fees.

Since guidelines were enacted a number of years ago, aimed at eliminating certain incentives/rebates to pharmacist, that resulted in a less than transparent pricing regime (ie kickbacks) pharmacist have responded to this loss of revenue with gradual but consistent increases to the professional dispensing fee charged to consumers.

Costco has used the professional dispensing fee as a competitive advantage and perhaps loss leader to get people into their warehouse and to ultimately drive more memberships.  (It should be noted that you do not need a membership to gain access to the Costco pharmacy).  However, from a convenience standpoint, one has to weigh the costs of traveling to their isolated locations, parking headaches, lineups etc versus the convenience of a Shoppers Drug Mart, which tends to be within walking distance of most metropolitan neighborhoods.

A dispensing fee cap of perhaps $11 is still enough to reward good behavior on the part of the plan member who is willing to engage in wise consumerism and to save the plan sponsor a few dollars.  Given that the average drug claim in Ontario is likely now close to $78, we are only looking at 2% to 4% of claims in terms of savings.  What these measures are hoping to do is to create some “head-room” for the more costlier specialty drugs as they start flowing through these plans. 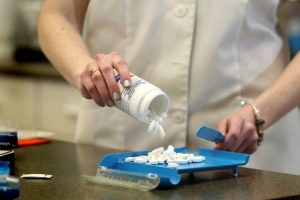