How OPG is leveraging virtual care to improve health access

How OPG is leveraging virtual care to improve health access 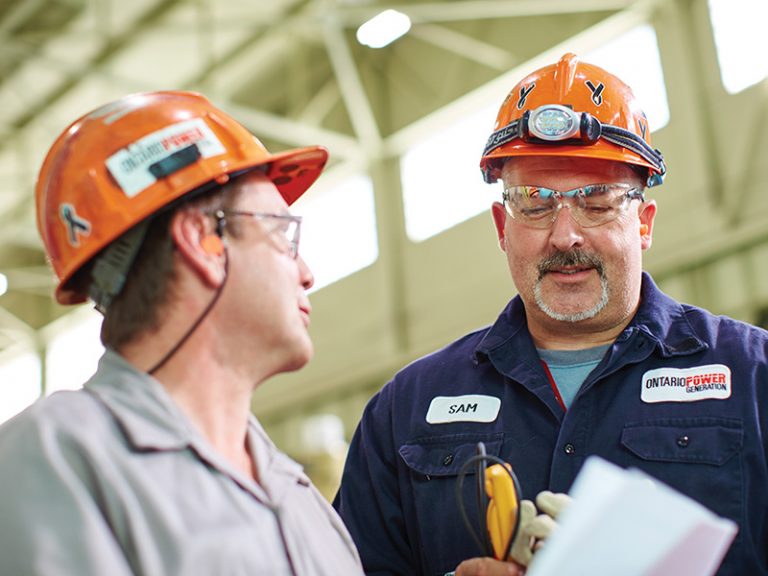 In the midst of the coronavirus crisis, virtual health care is taking center stage. But Ontario Power Generation was ahead of the curve, introducing a pilot project in 2019 to help employees with high mental-health incidences and absenteeism rates minimize their sick leave usage.

The pilot, implemented on July 1, 2019, provides about 500 hydro fleet employees and their dependents with online access to a doctor 24 hours a day, seven days a week, says Tanya Hickey, the organization’s senior manager of health and safety strategies.

On average, the response rate to contact a physician is two minutes and consultations last around 15 minutes. Through the platform, provided by virtual health-care company Maple, employees can also receive lab requisitions, specialist referrals and medical documentation for disability management.

The pilot was introduced after OPG’s eastern operations team reported its sick leave rates were higher than rates across the rest of OPG and asked about best practices for addressing the problem, says Hickey. Many of these employees had been transferred from the Lambton-Port Dover area in Ontario, and one of their major complaints was they no longer had access to family physicians. Further, these towns lack walk-in clinics, so employees were stuck in the hospital’s emergency room for six to eight hours, losing a day of work just to see a doctor.

“If you don’t have a family physician, you can go to the emergency room as many times as you want, but you’re never going to see a specialist or get a referral,” she says. “This was the driving factor in deciding to implement the pilot project.”

Dave Jarrell, a trades management supervisor based outside of Ottawa, used the virtual health-care platform for the first time in February 2020. Following his relocation, it took him three years to find a family doctor — and bad weather, parking and delays at work caused him to miss his first appointment. The result was a three-hour leave from work, says Jarrell, which incurred additional costs to OPG.

Using the platform, it took him minutes to fill the prescription he required. “I see huge value in this [pilot] as part of our benefits program. It alleviates the burden on our existing medical system and reduces absenteeism and employee stress.”

Is it worth it?

Employers have been looking at virtual health care for years, but few had the resources to be able to afford these programs, says Chris Pryce, managing director of Human Capital Benefits. “Now, [it] has been thrust into the open because of the pandemic and the landscape for virtual care has suddenly changed. This should drive uptake down the road.”

Through the virtual health-care platform, OPG saw an opportunity to provide innovative support to staff, with the company fronting the costs for employees at its eastern operations.

Many plan sponsors are concerned about their benefits plan costs, notes Pryce. Since a primary focus is preventing and managing disabilities and keeping employees productive and healthy, anything that moves the needle and mitigates co-morbidities and chronic health-care costs will be viewed positively by plan sponsors with longer-term visions, he adds. “Some [employers] don’t like spending money, but if they realize they’ll be in a better position in the future as a result of that expenditure, it’s easier to make decisions on that basis.”

The return on investment for OPG’s pilot project has definitely been worth it, says Hickey. And, from an engagement point of view, employees feel the organization really cares about their health.

In the wake of the coronavirus crisis, the organization has also expanded a version of the pilot to all employees. “It is an emergency program whereby OPG pays for it month to month — as long as the pandemic is on — and allows employees’ fam=ilies up to three consultations during this period,” she says.

The organization also offers all employees access to three Morneau Shepell Ltd. programs: AbilitiCBT delivers real-time, personalized cognitive behavioural therapy for a full spectrum of mental-health concerns through a digital platform; InfluenceCare is available to help employees access mental-health care and was extended to eastern operations employees for support around musculoskeletal issues; and Depression Care, is provided to all workers who are identified to have a moderate to severe risk =of depression when they call the company’s employee assistance program.

OPG’s virtual care by the numbers

“If we don’t repeatedly support health-care initiatives, remind employees they have them or talk about wellness management, then these programs are forgotten about,” says Hickey. “They’re great ideas, but ultimately, they’re only as good as the communication component that’s tied to them.”

When OPG introduced the pilot project, it handed out information packages and visited each eastern operations work center for a face-to-face meeting with the entire group. As a result, the organization has seen a high uptake.

The communications piece is vital, notes Pryce, because these programs are also available for employees’ dependants. Many organizations have employees whose first language isn’t English, he adds, so sharing information with spouses and children can be an ongoing challenge. “Employers need to reinforce the message and keep dependants — who can comprise 30, 40, 50 per cent of the total subscriber population to a particular plan — informed.”

For OPG, there are major changes ahead, says Hickey, noting the organization’s nuclear generating station in Pickering, Ont. will be ending commercial life operations in 2024. “We want to make sure, during these times of high change and uncertainty, that all employees have access to every service available and ensure they’re able to work on their resiliency and coping skills and are able to bring their best selves to work.”